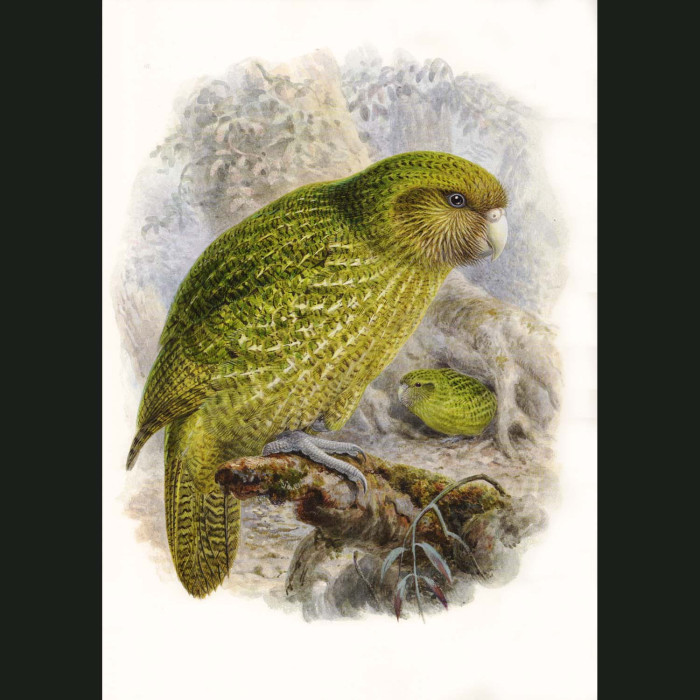 Buller commented that the the rare and endangered Kakapo parrot had a face that resembled an owl and nocturnal habits.