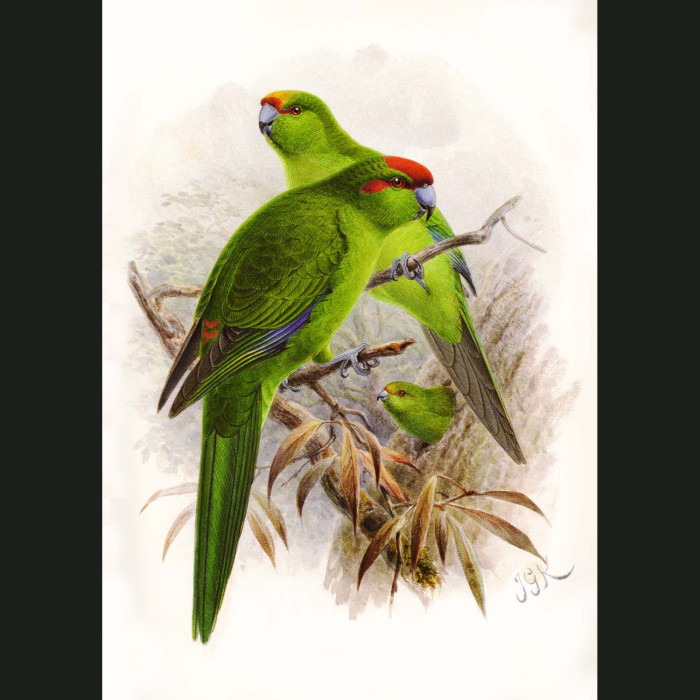 Of the Red Crowned Parakeet, Buller says "when on the wing it utters a hurried chattering note...when alarmed or calling its fellows it emits a cry resembling twenty eight". Of the Yellow Crowned Parakeet, Buller says "it loves...the tutu bush and to regale itself of its juicy berries...on these occasions it is easily snared by the natives...who use a flax noose on a slender rod".