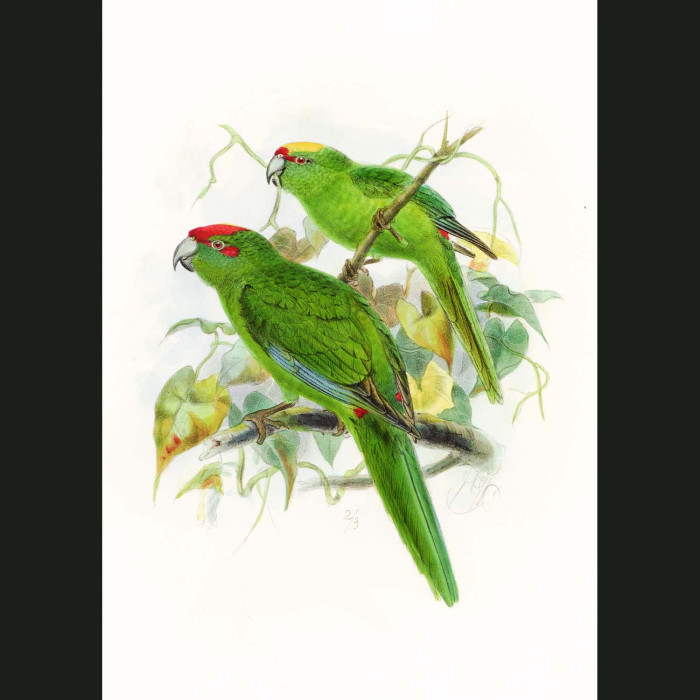 Of the Red Crowned Parakeet, Buller says "when on the wing it utters a hurried chattering note...when alarmed or calling its fellows it emits a cry resembling twenty eight". Of the Yellow Crowned Parakeet, Buller says "it loves...the tutu bush and to regale itself of its juicy berries...on these occasions it is easily snared by the natives...who use a flax noose on a slender rod". Of the Orange Fronted Parakeet, Buller says "Mr. Reischek met with this little Parrakeet in the scrub on the summit of Mount Alexander (above Lake Brunner); and he met with the species again on the Hen, where he shot two, and on the Little Barrier, where he observed another pair on the highest peak and killed the male. It does not exist on the opposite mainland, nor indeed, so far as I am aware, in any part of the North Island. At Nelson I saw many caged birds of this species, and one in particular was remarkable for the clear manner in which it articulated the words “pretty Dick,” repeating them all day long in the most untiring way."