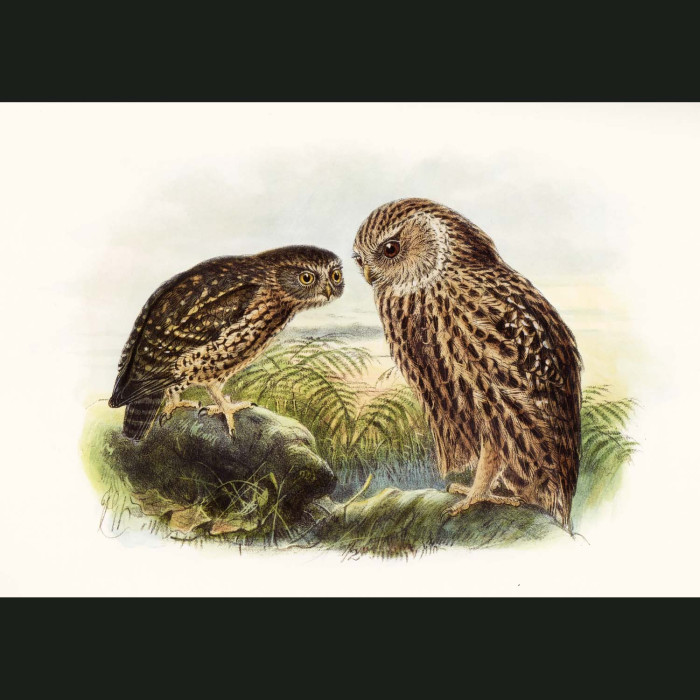 This is a fine art print inspired by a lithograph from Buller's "A History of the Birds of New Zealand", second edition.