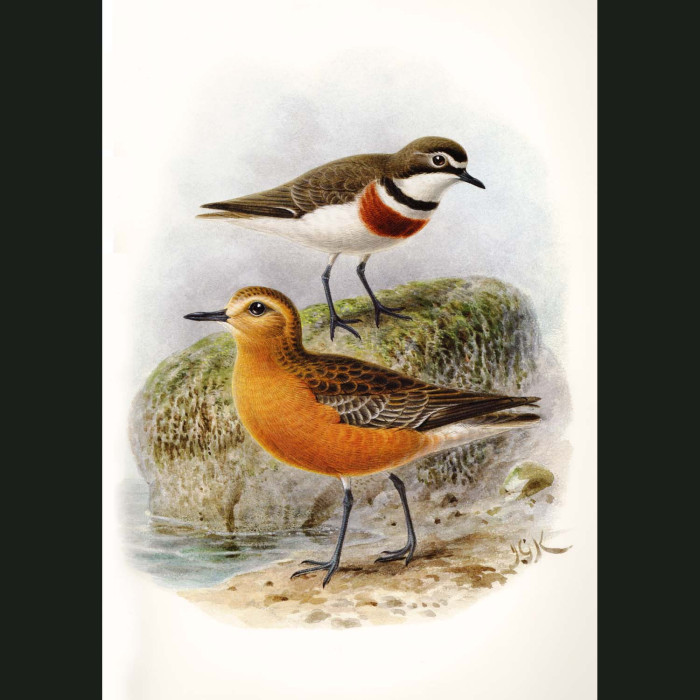 Buller said of the Banded Dotterel:

"...it rises in tha air with very rapid movement of the wings and usuall adopts a circualr course...it is hard to kill often flying a considerable distance after being shot."

Buller said of the New Zealand Dotterel, "...this fine speciies...is dispersed along the whole of our shores frequenting ocean beaches and tidal mouths of rivers."