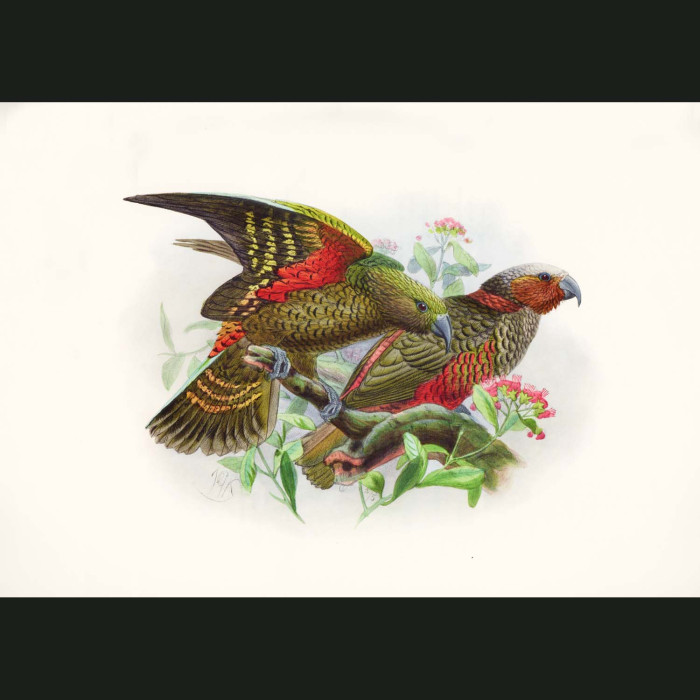 Features an adult and young Bush Hawk, now known as The New Zealand Falcon or Karearea (Falco novaeseelandiae), from Buller's "A History of the Birds of New Zealand", second edition.

Buller said "It is well known that they are good barometers. The height to which they rise in the air makes them susceptible to the slightest change in the temperature of the atmosphere and they are thus warned of approaching changes in the weather. Thus the continious screaming of the Bush Hawek is understood by natives to be a sure indication of change."

Walter Lawry Buller KCMG (1838 - 1906) was a New Zealand lawyer and naturalist. His work, "A History of the Birds of New Zealand", was first published in 1873 and as an extended version in 1888. It is regarded as a classic of ornithology and New Zealand wildlife and describes several now extinct birds.

This is a fine art print of a lithograph from Buller's Birds of New Zealand.