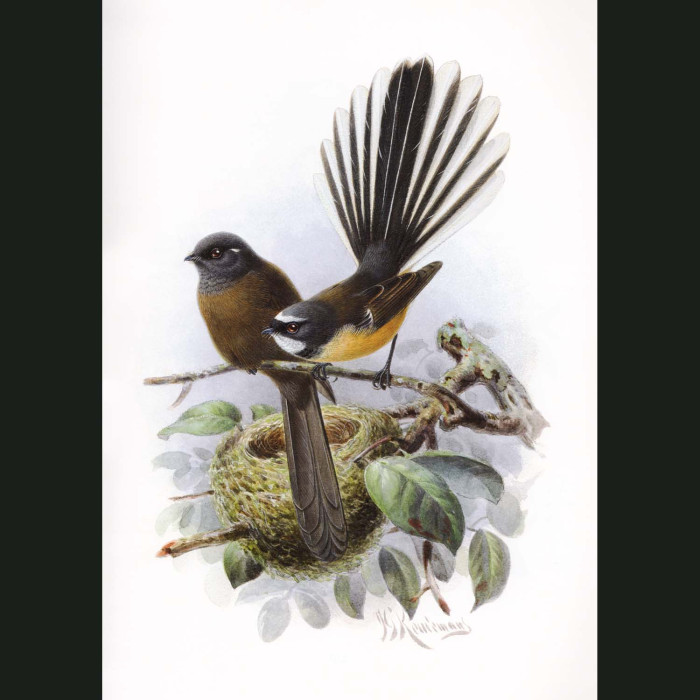 "It is very tame and familiar, allowing a person to approach within a few feet of it without evincing any alarm, sometimes, indeed, perching for an instant on his head or shoulders. It will often enter the settler’s house in the bush, and remain there for days together, clearing the window-panes of sand-flies, fluttering about the open rooms with an incessant lively twitter during the day, and roosting at night under the friendly roof*. It is found, generally in pairs, on the outskirts of the forest, in the open glades, and in all similar localities adapted to its habits of life. It loves to frequent the wooded banks of mountain-streams and rivulets, where it may be seen hovering over the surface of the water collecting gnats; and I have counted as many as ten of them at one time so engaged. It affects low shrubby bushes and the branches of fallen trees; but it may often be seen catering for its insect-food among the topmost branches of the high timber."