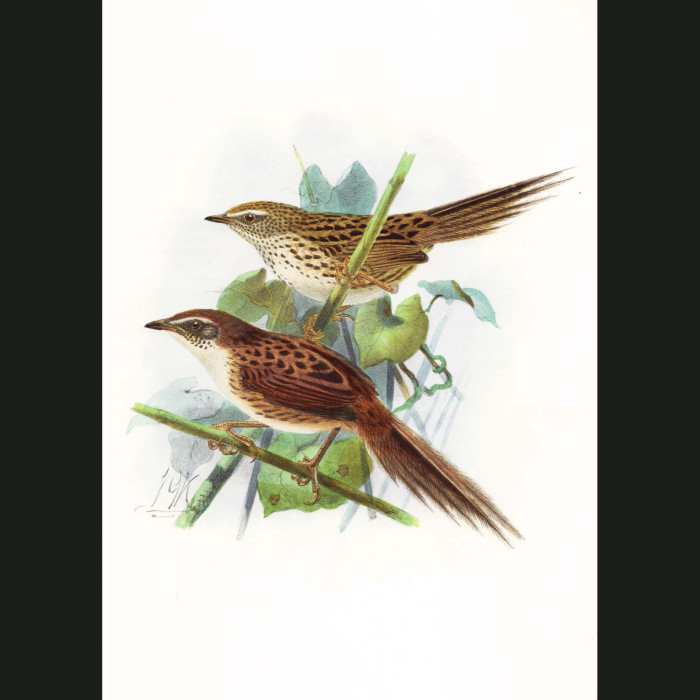 'Mr. Henry Travers says:—“I only found this bird on Mangare, where it is not uncommon. Its peculiar habit of hopping from one point of concealment to another renders it difficult to secure. It has a peculiar whistle, very like that which a man would use in order to attract the attention of another at some distance; and although I knew that I was alone on the island, I frequently stopped mechanically on hearing the note of this bird, under the momentary impression that some other person was whistling to me. It also has the same cry as Sphenœacus punctatus. It is solitary in its habits and appears to live exclusively on insects.”'

Of the Fernbird, Buller reported: "This recluse little species is one of our commonest birds, butis oftener heard than seen. It frequents the dense fern (Pteris aquilina) of the open country, and the beds of raupo (Typha angystifolia) and other tall vegetation that cover our swamps and low-lying flats. In these localities it may constantly be heard uttering, at regular intervals, its sharp melancholy call of two notes, u-tick, u-tick, and responsively when there are two or more. When the shades of evening are closing in, this call is emitted with greater frequency and energy, and in some dreary solitudes it is almost the only sound that breaks the oppressive stillness."