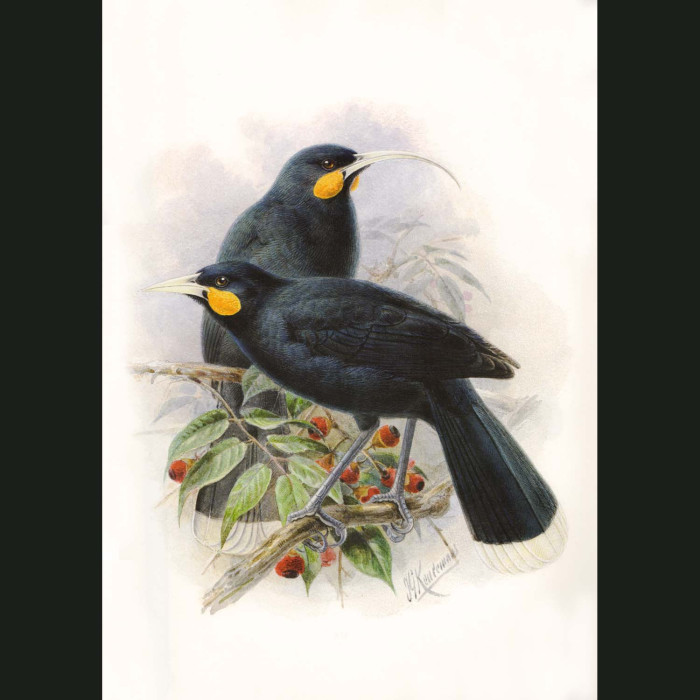 Buller said of the Huia:

"Before proceeding to speak of the bird itself, I would remark on the very restricted character of its habitat. It is confined within narrow geographical boundaries, being met with only in the Ruahine, Tararua, and Rimutaka mountain-ranges, with their divergent spurs, and in the intervening wooded valleys. It is occasionally found in the Fagus forests of the Wairarapa valley, and in the rugged country stretching to the westward of the Ruahine range, but it seldom wanders far from its mountain haunts. I have been assured of its occurrence in the wooded country near Massacre Bay*, but I have not been able to obtain any satisfactory evidence on this point. It is worthy of remark that the natives, who prize the bird very highly for its tail-feathers (which are used as a badge of mourning), state that, unlike other species which have of late years diminished and become more confined in their range, the Huia was from time immemorial limited in its distribution to the district I have indicated."