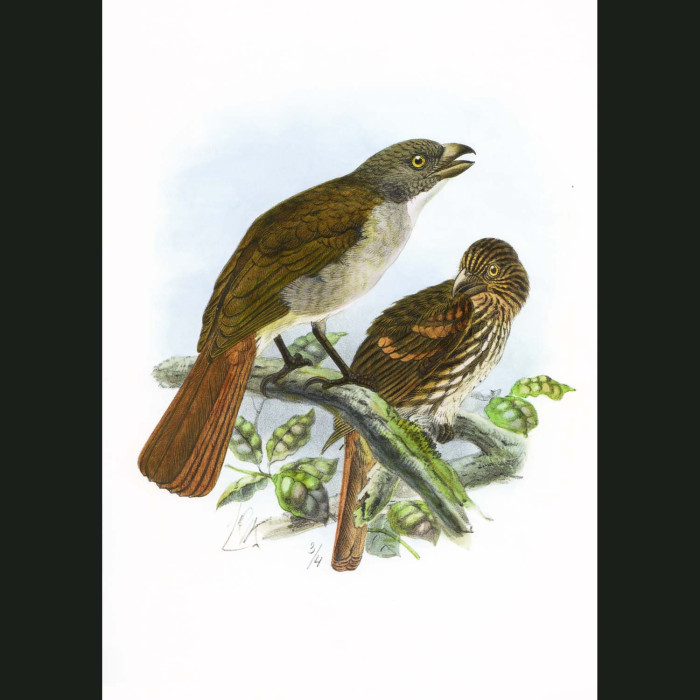 Buller said of the Piopio:

"There is a peculiar charm about the New-Zealand forest in the early morning; for shortly after daylight a number of birds of various kinds join their voices in a wild jubilee of song, which, generally speaking, is of very short duration. This was the morning concert to which Captain Cook referred in such terms of enthusiasm; and the woods of Queen Charlotte’s Sound, where his ship lay at anchor, are no exception to the general rule. In illustration of this, I take the following from an entry in one of my note-books:—“Tuesday, 5 A.M.—At this moment the wooded valley of the Mangaone, in which we have been camped for the night, is ringing with delightful music. It is somewhat difficult to distinguish the performers amidst the general chorus of voices. The silvery notes of the Bell-bird, the bolder song of the Tui, the loud continuous strain of the native Robin, the joyous chirping of a flock of White-heads, and the whistling cry of the Piopio—all these voices of the forest are blended together in wild harmony. And the music is occasionally varied by the harsh scream of a Kaka passing overhead, or the noisy chattering of a pair of Parrakeets on a neighbouring tree, and at regular intervals the far-off cry of the Long-tailed Cuckoo and the whistling call of its bronze-winged congener; while on every hand may be heard the soft trilling notes of Myiomoira toitoi.” For more than an hour after this concert had ceased, and the sylvan choristers had dispersed in search of their daily food, one species continued to enliven the valley with his musical notes. This bird was the Piopio, or New-Zealand Thrush, the subject of the present article, and unquestionably the best of our native songsters. His song consists of five distinct bars, each of which is repeated six or seven times in succession; but he often stops abruptly in his overture to introduce a variety of other notes, one of which is a peculiar rattling sound, accompanied by a spreading of the tail, and apparently expressive of ecstacy. Some of the notes are scarcely distinguishable from those of the Yellow-head; and I am inclined to think that the bird is endowed with mocking-powers. The ordinary note, however, of the Piopio, whence it derives its name, is a short, sharp, whistling cry, quickly repeated."