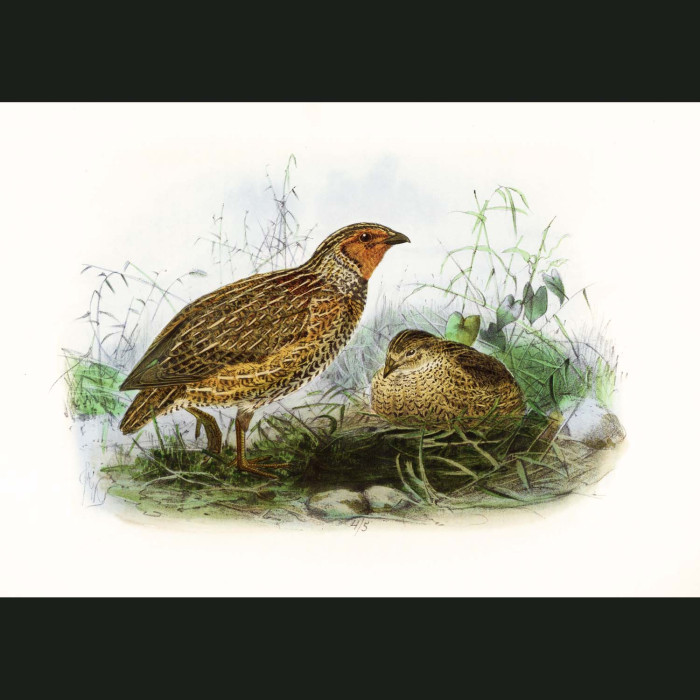 "This handsome species, the only indigenous representative in New Zealand of the order Gallinæ, was “on the verge of extinction” when I published my former edition. It is probably now extinct, for no specimen has been heard of for at least twelve years. In the early days of the colony it was excessively abundant in all the open country, and especially on the grass-covered downs of the South Island. The first settlers, who carried with them from the old country their traditional love of sport, enjoyed some excellent Quail-shooting for several years; and it is matter of local history that Sir D. Monro and Major Richmond, in 1848, shot as many as forty-three brace "