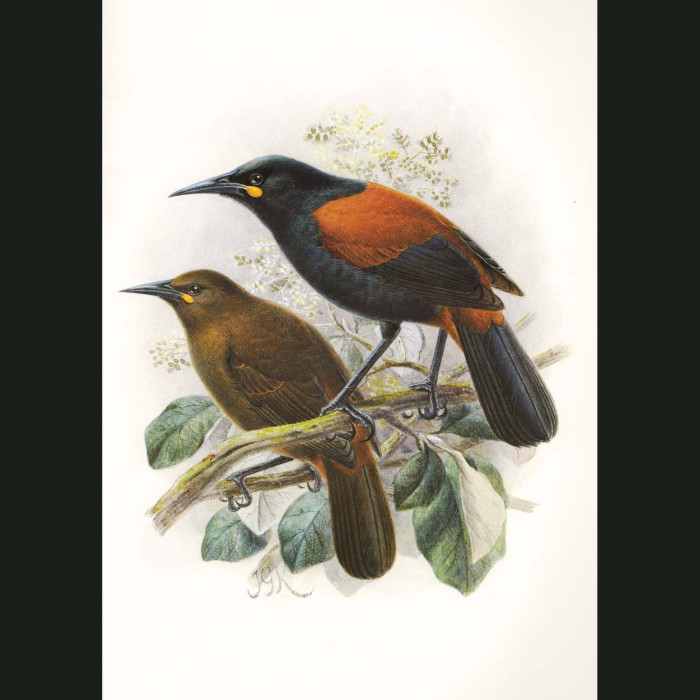 "It derives its popular name from a peculiarity in the distribution of its two strongly contrasted colours, black and ferruginous, the latter of which covers the back, forms a sharply defined margin across the shoulders, and sweeps over the wings in a manner suggestive of saddle-flaps. The colours, in the male bird especially, are of so decided a kind as to attract special attention, to say nothing of the loud notes and eccentric habits of this remarkable bird. The bill is strong, sharply cut, and wedge-shaped, being well adapted for digging into decaying vegetable matter in search of larvæ, grubs, and insects, on which this species largely subsists. Berries, tender buds, and other vegetable substances likewise contribute to its support. From the angle of the mouth on each side there hangs a fleshy wattle, or caruncle, shaped like a cucumber-seed, and of a changeable bright yellow colour. The wings are short and feeble, and the flight of the bird, though rapid, is very laboured, and always confined to a short distance".