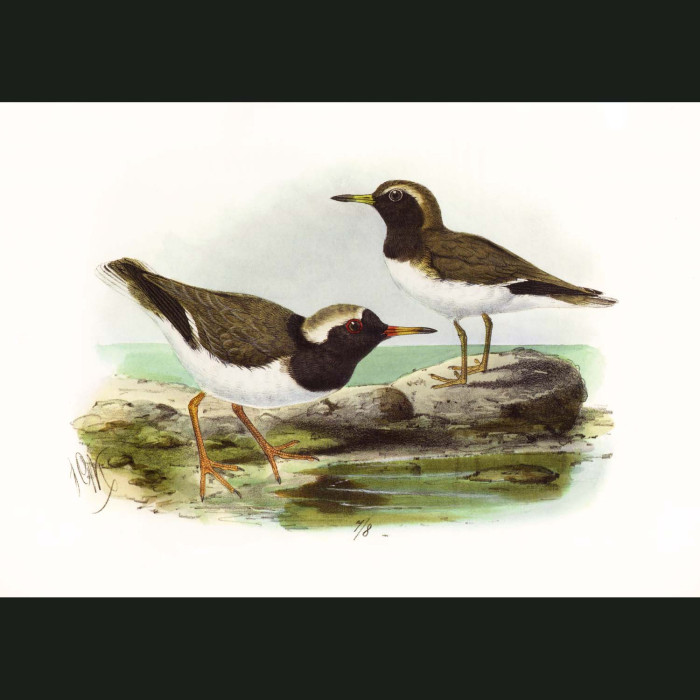 "It has been discovered to be comparatively plentiful on various parts of our coast, both north and south. The mouth of the Piako river, in the Hauraki Gulf, the broad flats of Manukau harbour, and the sand-spits off Tauranga are some of the localities where flocks have been met with in the spring and autumn. In the South Island, some of the favourite resorts are Queen Charlotte’s Sound and the various inlets on the eastern and south-eastern coasts. It is also recorded from the Chatham Islands, where it has been found breeding. It hunts about for its food among the sand and dry ooze in a very diligent manner, and associates freely with the flocks of Godwit...Individually its movements are very graceful and it is undoubtedly the most beautiful of our Plovers. This bird has the same peculiar alarm-cry of ‘click-click’ which denotes the presence on the sands of the Banded Dottrel. This cry is also uttered on the wing, being repeated several times in rapid succession."