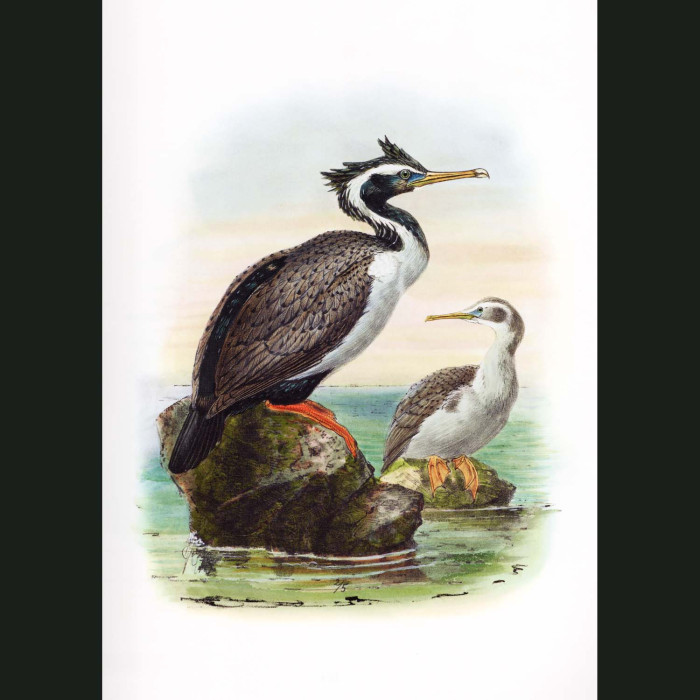 Buller said of the Spotted Shag:

"This beautiful representative of the Crested Shags is abundant on the coast of the South Island, but is seldom met with on the northern side of Cook’s Strait. I observed a party of three at the mouth of the Waikanae river in January 1864...It associates in large flocks, and frequents the open sea in the vicinity of the coast, as well as the mouths of estuaries and sounds, subsisting on fish and crustaceans, which it obtains by diving. It is apparently a very inquisitive bird; for I have often observed a flock of them make up to a steamer going at full speed, and fly round her, sometimes returning a second time to reconnoitre. Unlike that of the other Shags, its flight consists of quickly repeated flappings of the wings, without any sailing movement; and when out of the water the black plumage of the underparts is very conspicuous. It never rises to any great height above the water, which is probably due to the comparative shortness of its wings. It breeds on the high shelving rocks on the coast or within the sheltered arms of the sea, the nests being arranged in successive tiers."