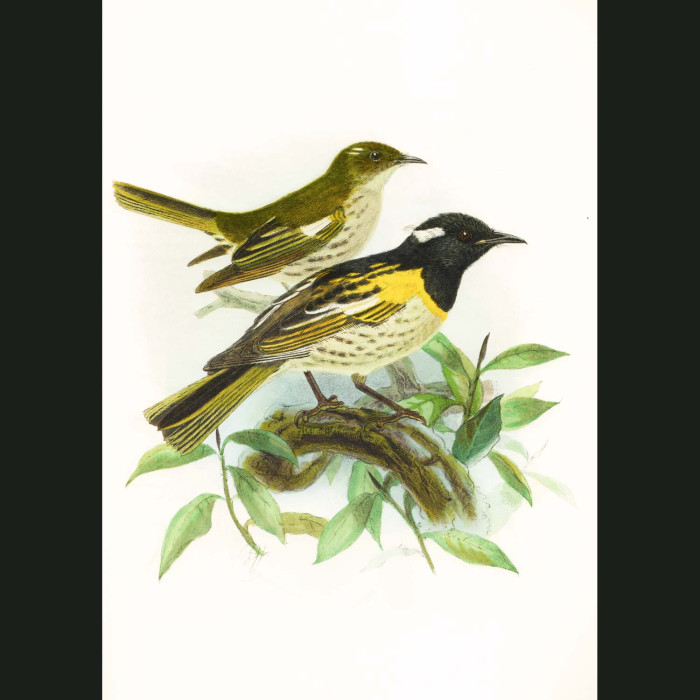 "...the Hihi has become the rarest of our existing native birds. To show how rapidly it has disappeared, I may mention that after my return to the colony, in 1874, I met with it only twice—the first time in a sunny glade in the Forty-mile Bush, near Eketahuna, and two years later in a strip of forest at Tarawera, midway between Napier and Taupo. "