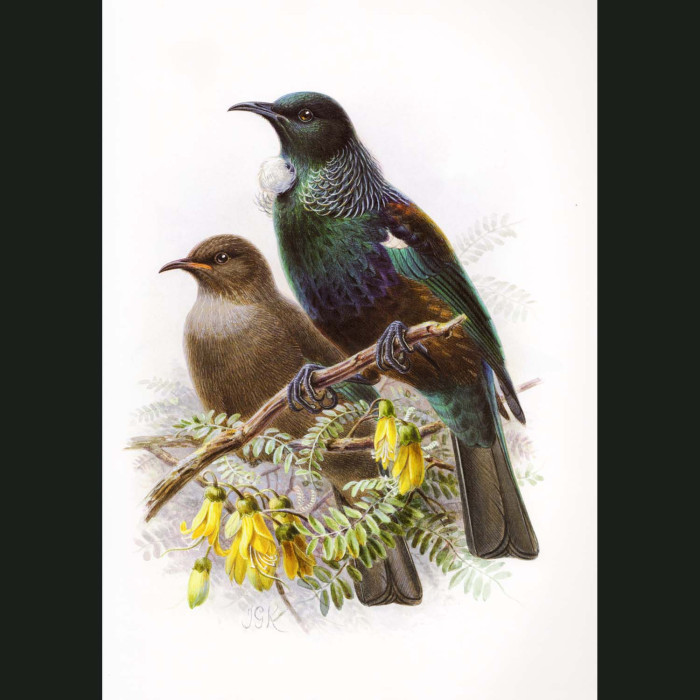 Buller said of the Tui:

"The early colonists named it the Parson bird, in allusion to the peculiar tufts of white feathers that adorn its throat, and their fancied resemblance to the clerical bands. To those who are familiar with the bird in its native woods, this name is certainly appropriate; for when indulging in its strain of wild notes it displays these “bands,” and gesticulates in a manner forcibly suggestive of the declamatory style of preaching,..t is incessantly on the move, pausing only to utter its joyous notes. The early morning is the period devoted to melody, and the Tuis then perform in concert, gladdening the woods with their wild ecstacy. Besides their chime of five notes (always preceded by a key-note of preparation), they indulge in a peculiar outburst which has been facetiously described as “a cough, a laugh, and a sneeze,” and a variety of other notes, fully entitling it to be ranked as a songster"