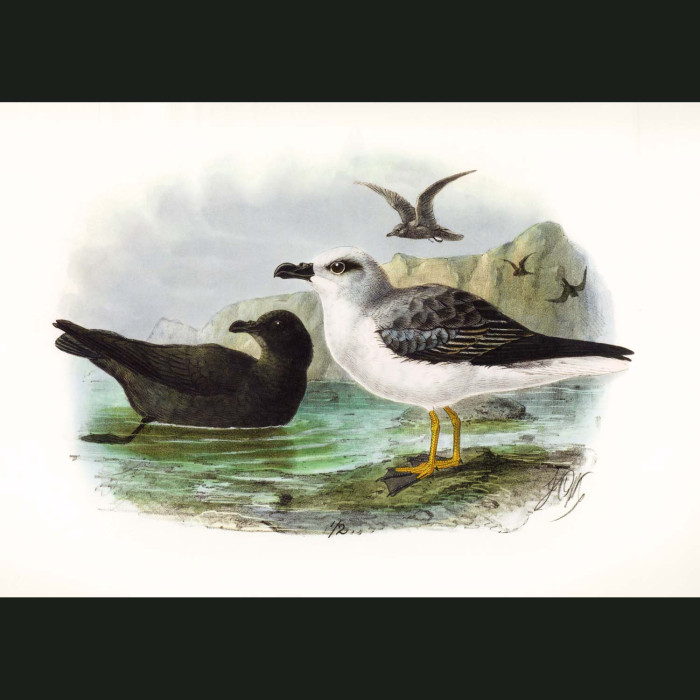 White-Headed And Sooty Petrels
US$20.00

Buller said of the White-headed Petrel:

"I have never seen this fine Petrel but once in New Zealand, and it is evidently very rare. The one I refer to was picked up in a dying condition, in the ocean surf, near Kaipara heads. Mr. Reischek informs me that he saw it once at the Hen and Chickens, but could not secure it. The example figured in my former edition was obtained at the Bay of Islands, and is now in the British Musem. So far, therefore, as our present information goes, this bird confines its range to the ocean lying northward of New Zealand."

Buller said of the Sooty Petrel:

"This species, which ranges over both the Atlantic and the Pacific Oceans, inhabits the seas all round New Zealand, but seldom approaches the land. If I was right in my identification of those observed on the wing during a passage from Auckland to Sydney in July 1871, this Petrel is a remarkably powerful flier, coursing about with the activity of a Martin, and generally near the surface; but it is almost impossible to distinguish the various allied species with any certainty by merely observing them from the deck of a ship."