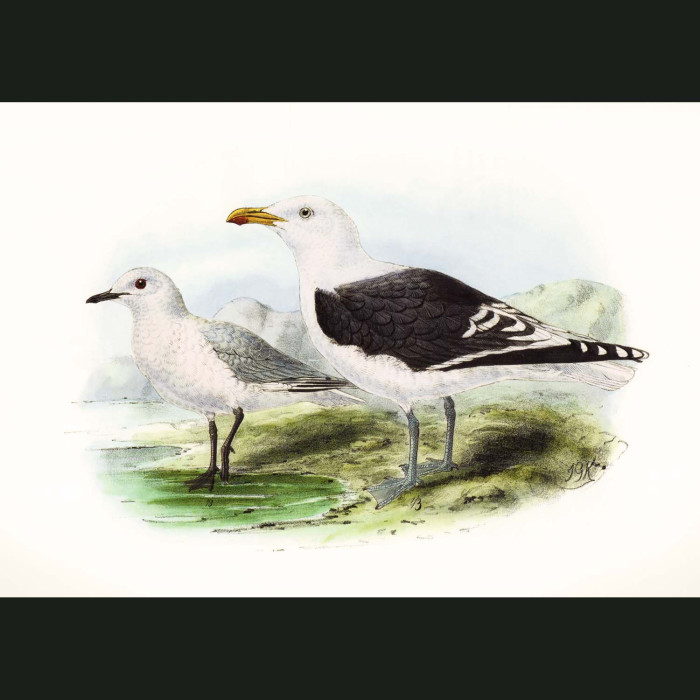 Buller said of the Black-billed Gull:

"The birds which frequent the lake become very tame, one pair in particular readily taking a worm from my outstretched hand, and constantly coming close to the house for food. Nothing can exceed the pureness and delicacy of their plumage when in full feather. It is doubtful whether this kind ever visits the sea-coast."

"This fine Gull, which ranges over the whole southern hemisphere, is extremely plentiful on all our coasts, preferring, however, the smooth sea-beaches and the sandy spits at the mouths of our tidal rivers; in these localities it is always to be met with either singly or associated in large flocks, and mixing freely with the smaller species of Gulls, Terns, Oyster-catchers, and other shore-birds. It frequents the harbours, and hovers around the vessels with much clamour, waiting to pick up any morsel that may chance to be thrown overboard†. It follows in the wake of the departing steamer as it quits the still waters for the stormy offing, and often accompanies it far out to sea, eagerly watching for stray bits of food as they float astern, and disputing their possession with the Albatros and Giant Petrel, on whose domain it has thus far trespassed."