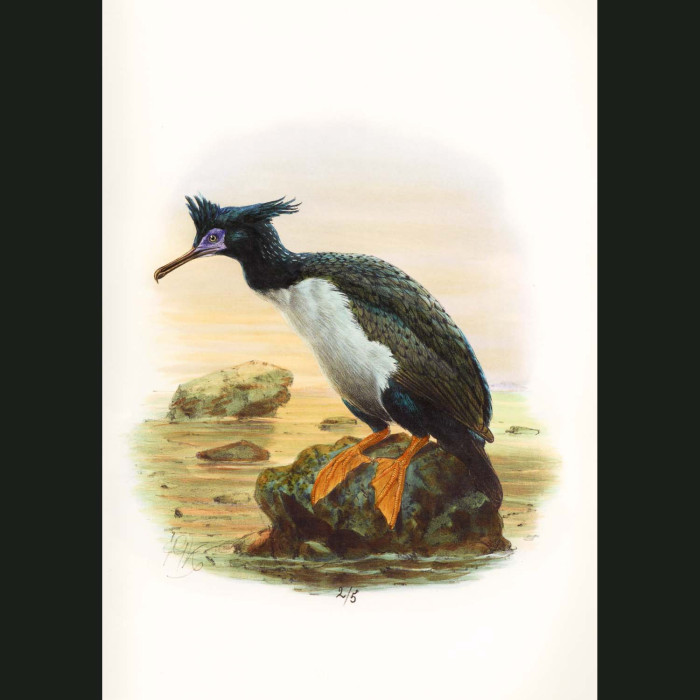 "This beautiful addition to the ornithology of our country was one of the novelties brought from the Chatham Islands by Mr. Henry Travers on his return from the exploratory visit mentioned on a former page... the original specimen having been courteously forwarded to me by Sir James Hector, through the Colonial Office, I saw at a glance that we had a new species to record, and was therefore glad of the opportunity thus afforded me of describing and figuring it in my former edition...Several further examples have been received at the Colonial Museum, and Mr. Walter Hood informs me that it is a comparatively common bird on the rocks lying off the Chatham Islands, and that he found it breeding there in the months of October and November. On Pitt Island these birds were so tame that he knocked over two of them with a small stone."