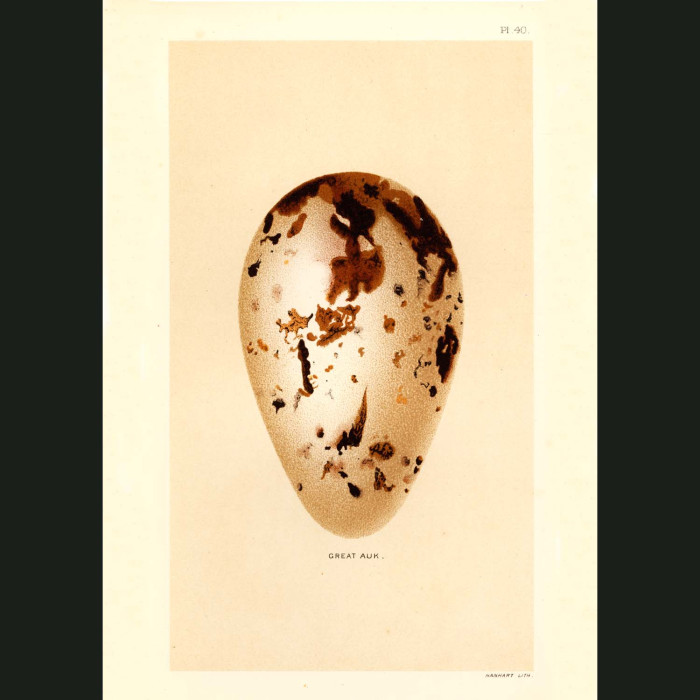 Features the egg of the extinct Great Auk bird. The Great Auk (Pinguinus impennis) was a large, flightless bird of that became extinct in the mid-19th century. It bred on rocky, isolated islands with easy access to the ocean and a plentiful food supply, a rarity in nature that provided only a few breeding sites for the auks. When not breeding, the auks spent their time foraging in the waters of the North Atlantic, ranging as far south as northern Spain and also around the coast of Canada, Greenland, Iceland, the Faroe Islands, Norway, Ireland, and Great Britain. The Great Auk was 75 to 85 centimetres (30 to 33 in) tall and weighed around 5 kilograms (11 lb), making it the largest member of the alcid family. 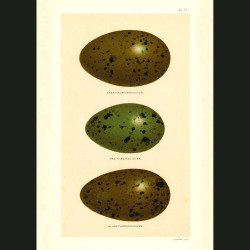 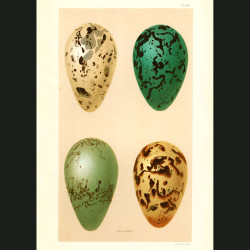 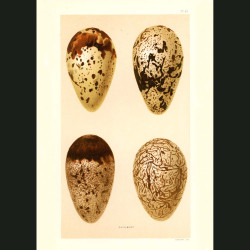 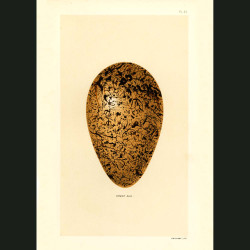 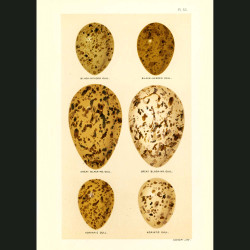 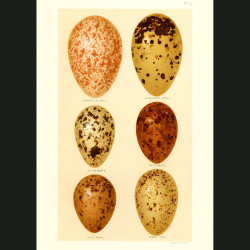 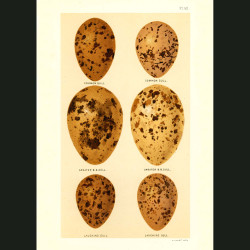 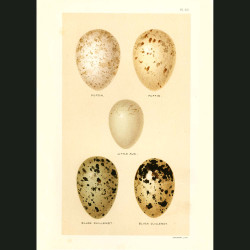 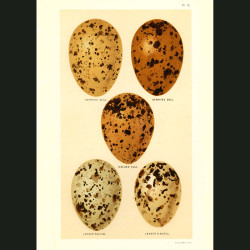 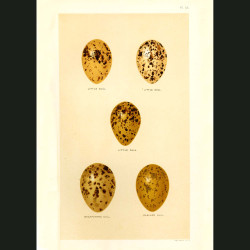