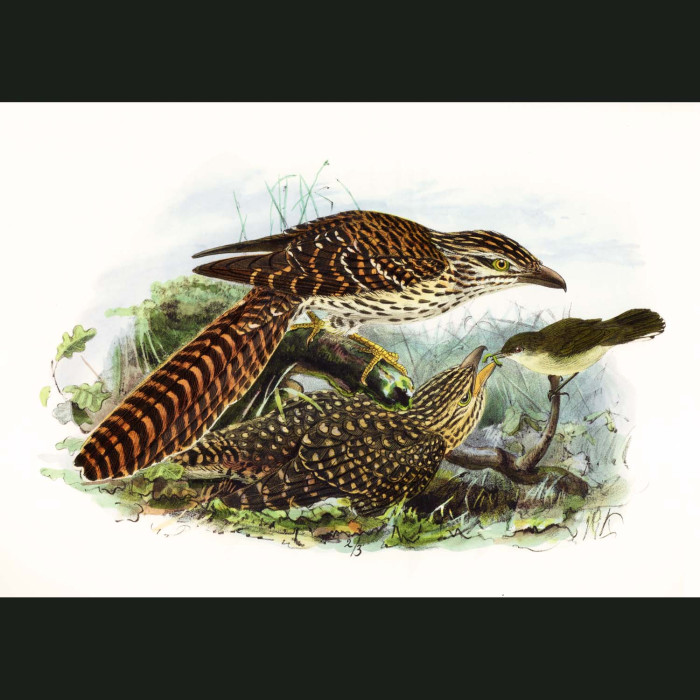 Of these birds, Buller says "The illustration...although it may have the appearance of an exaggeration, is in reality a true picture of bird-life. The Long-tailed Cuckoo, which is a native of the warm islands of the South Pacific, visits our country in the summer and breeds with us; but the task of rearing its young (as many witnesses can testify) is entrusted to the Grey Warbler (Gerygone flaviventris), figured in our Plate - a species that performs the same friendly office for the Shining Cuckoo (Chrysococcyx lucidus), another summer visitant."